Italian Restaurants is one of the most popular choices among the people in Australia. But not everyone would have tried Italian food apart from the regular orders, most of which aren’t traditional Italian but American adaptations, like spaghetti with meatballs, mac and cheese, and the infamous and most controversial pizza of all time, the pineapple pizza.

In most cases, people often don’t understand authentic Italian cuisine, let alone try it out. And that’s something which will be addressed in this article to introduce you to delicious Italian cuisine so you can go try them out at the best Italian restaurant.

A Geography Lesson With a Twist

First and foremost, people must understand that Italian food is regional. This implies that certain regions of Italy specialise in specific dishes. It turned out this way as different regions had access to different produce. Over time, exposure to different produce led to new adaptations, some of which survived the test of time to make it to the menus of the best Italian restaurant in town. So here, the cuisine has been segmented based on the regions they originate from.

Naples is the hometown of what could be the poster boy of Italian cuisine: pizza, and more specifically, the Margherita pizza. By tradition, these pizzas came topped with tomatoes and mozzarella cheese and garnished with some basil leaves and olive oil. Legend has it that this style of pizza was prepared for the Queen of Savoy in 1889, Queen Margharita, and you can see why it’s named the way it is.

From Tuscany, the most popular dishes to make it are truffles and antipasto. The Tuscans, who are renowned for their simple yet rich and fresh ingredients, came up with food that tends to embrace fancy sauces. However, most opt for simple additives such as olive oil or wine that seem to bring out the inherent flavours of the produce. That could very well be the reason why one of the most iconic foods of this region is antipasto, a simple mixture of cheese, cured meats, pâtés and crusty bread.

This region is one of the few places to support ideal conditions for some rare truffles, the mushroom kind. These rare fungi have two types: black (the rare ones) and white (the extremely rare ones), and Tuscany just happens to be home to both.

Here’s another region where an extremely popular dish has its roots: lasagne. Lasagne sandwiches, grilled pork or beef bolognese, béchamel, noodles, and a generous topping of white wine, butter, tomatoes, carrots and Parmigiano-Reggiano are sumptuous dishes.

Sardinian cooking is extremely tedious and has traces of influence from the Phoenicians, Arabs, Spaniards, and Romans. This region is known for its processed cheese. Pasta and meat are common, and seafood is used in many dishes. If these items are getting your taste buds excited, you can find them at the best Italian restaurant around you.

Being an island, Sicily offers some very unique food that has little resemblance to the cuisine of mainland Italy. Like Sardina, Sicily’s food history has been influenced by the Normans and Arabs. Some of the most sought-after dishes from this region are the Ricotta pastry treat, cannoli, fried rice balls, granita, and arancini.

The language used in most menus is understandably a little complex to most non-Italian people and may seem intimidating. But Italian food doesn’t go wrong. So, without worry, try some of these dishes at the best Italian restaurant in town and see for yourself.

Visit For More Articles on : smallblog.org 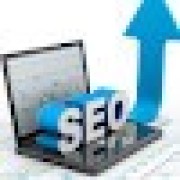 Things to keep in mind before swimming pool installation.