Near Field Communication was popularized by Nokia with its phones in the early 2000s. Back then, it was only used to share files between two NFC-enabled devices. In addition to sharing files, NFC technology can also be used to make contactless payments.

Tap and Pay also uses NFC technology. With this feature, you can pay at stores and cafes without touching anything. All you need to do is place your phone or card a few centimeters away from the POS machine and voila! The transaction was successful.

Let’s start with Apple’s latest smartwatch. As with its predecessors, it also supports Apple Pay, allowing you to make purchases hassle-free.

All Apple smartwatches have this feature. Before the Apple Watch Series 3, you could only add up to 8 cards per device, but now you can add up to 12.

Adding and removing cards is also a breeze on Apple Watch Series 6. You can add new cards using the Apple Pay app on an iPhone connected to the Apple Pay service. However, you can remove any card using the watch itself.

If you want a premium smartwatch that can help you travel cardless, this is the watch to consider. If you’re an Android user, it’s not for you, but don’t worry, we have other great options for you at the end of this article.

Related   Keep your beverage cold or hot for long time

Samsung Galaxy Watch 3 is like Apple Watch 6 for Android users. As you would expect from an Apple watch, it offers the same features and luxury. The Samsung smartwatch works with both iPhones and Android smartphones, which makes it an advantage over Apple Watch.

Due to its NFC capabilities, Samsung Watch 3 can pay your bills even if you forget your phone or wallet at home. Additionally, the watch’s payment feature is easy to set up. Through Samsung Pay’s app on the connected smartphone, you can add and remove cards.

When adding or removing cards from your Samsung Pay account, you must be connected to the internet. When you add the card to the watch, you can make purchases at nearby stores without an internet connection.

Paying with the Samsung Watch 3 is also very easy. By long-pressing the button, the card will appear on the screen. Once you have your watch near the contactless payment machine, you will have 60 seconds to enter your pin and make the payment.

If you are looking for an Apple smartwatch alternative with contactless payment, the Samsung Watch 3 is the best Android smartwatch with NFC.

TicWatch Pro 4 is a premium smartwatch under $300 that also lets you pay bills on the go. The TicWatch Pro 4 offers features, durability, and looks that are competitive with Apple and Samsung smartwatches, and at a much lower price.

In addition, it is compatible with both Android and iOS devices, so you can use it to make contactless payments with your Android or iOS device.

Additionally, the smartwatch uses Google Pay to make payments. You can sync your watch with your smartphone with Google Pay installed and then add any card to your account, which is reflected on your watch for making purchases.

The watch has three security options such as Pin, Password, and Patterns that you can set to prevent anyone from using your cards without your permission.

TicWatch Pro 4 offers a seamless payment solution on the go and you can use it if you shop a lot.

The Fitbit brand is synonymous with fitness tracking and offers smartwatches with advanced features such as heart rate monitoring, voice assistance, and GPS. In addition to so many features, there is one more advanced feature in this watch, and that is contactless payments.

Fitbit’s Ionic watch, released September 2017, introduced this feature for the first time. Most of Fitbit’s latest smartwatches and fitness trackers come with a built-in NFC chip.

Fitbit’s own payment system is called Fitbit Pay (obviously). Currently, it does not support all banks. You can check Fitbit Pay’s website to see if your bank is supported or not.

This Fitbit product is definitely a good choice if your bank supports it. This watch can be used to make payments in the same way as all the other smartwatches we have mentioned. Your credit/debit card must be added to your Fitbit Pay account via the Fitbit app before you can make payments.

You can pick this Fitbit smartwatch over other products on this list if you love to be active and fit. It will allow you to track your runs and also pay for water bottles when you feel exhausted while running.

Related   What are the Benefits of Curved Monitor for Video Editing?

Garmin’s Vivoactive 3 is a sports watch that is also among one of the cheapest smartwatches on the market. Smartwatches offer plenty of built-in sports apps that help you train better for your sport.

You can add up to 10 cards at a time to your Garmin Pay account, which is great if you own cards from different banks. You should check Garmin’s official website to see if their payment platform accepts your bank cards. There’s a good chance you’ll find your bank on that list since Garmin Pay supports all the famous banks out there and continues to add more.

The Garmin Vivoactive 3 is an excellent smartwatch if you want to train for your favorite sports and pay your bills at the same time.

Thoughtful Rakhi Gifts to Mark this Memorable Festival of Siblinghood

How to choose the Good Laptops for Programming? 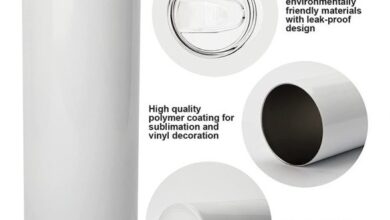 Keep your beverage cold or hot for long time How Do CFDs Fit Into Crypto Trading? EasyMarkets review: Which Instruments Can Be traded with easyMarkets? 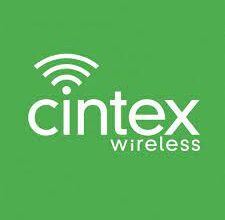